July 10, 2009
Italians in Melbourne have contributed to the rich history of our community. Tracing your own family history however is not always so easy. Dr Paolo Baracchi from CoAsIt (Comitato Assistenza Italiani) outlines the fundamentals of researching Italian family history. Saturday August 8, 2pm Free, but bookings necessary. Call 8325 1950
Italian Family History

Popular posts from this blog

January 19, 2009
"Mar Lodge" was built in 1860 and was originally the residence of James Robertson, a wealthy pastoralist who used it as his hunting lodge and later owned by his son Francis Robertson. In 1888 the McCracken Brothers purchased "Mar Lodge" and it became a gathering place for the parties and dinners for the colony's elite. By 1919 the entire estate was sold to the Todd family however by 1929 the entire property was sold and on the 18th November, 1929 the Mar Lodge Estate was officially created, with 316 allotments available from 90 pounds.
Read more 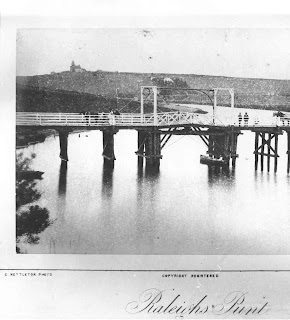 Raleigh's Punt on the Maribyrnong River, Malakoff Castle in background. c. 1870-1900. Image belongs to the Sam Merrifield Library Local History Photo Collection. Malakoff Castle was built in 1846 by Mr Joseph Raleigh and was a well known landmark which stood on the summit of the Maribyrnong hill overlooking the Saltwater River now called the Maribyrnong River. The building initially was used as a shepherd's lookout by the owner of a station property which surrounded Maribyrnong. In shape it resembled a castle-like appearance with a tower and a weather-vane, the tower was built in the late 1840's or early 1850's and was built of bluestone from the quarries nearby. The building was demolished in the 1920s.
Read more

The Wonderful Waratah of Ascot Vale 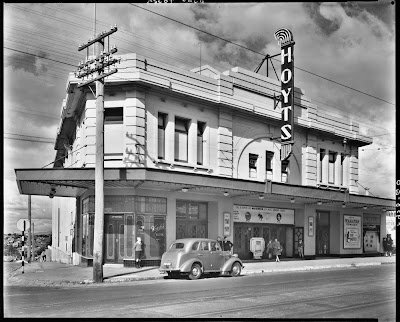 Once upon a time, in Ascot Vale, there was a cinema called "The Waratah". It was at the corner of Mt Alexander and Ormond Roads, and it first opened on June 25th 1925. Image of the Waratah in 1944, from the State Library of Victoria . The Waratah struggled. According to Grant Aldous' the Stop-over that Stayed , the Waratah suffered from competition with the nearby Moonee Ponds and New Ascot theatres, and soon the theatre was bought out by Hoyts. Even worse than their financial troubles though, the Waratah also suffered from banditry. In November 1921 , in Flemington, William Longley, a 21 year old employee, was hit over the head and robbed of the days takings (200 pounds) from the Waratah. Then in August 1937 , shots were fired when the managers of the Waratah and the Ascot Vale Bank were attacked. Cinema goers "ducked and ran for shelter" and the bandits made a get-away with the days takings from the Waratah (down to 21 pounds this time) in a stolen ca
Read more