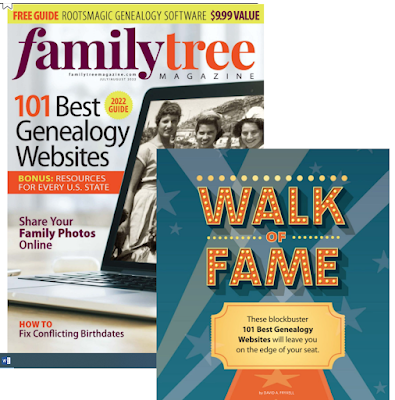 Whether you're just starting your family history or an expert theres is likely to be a useful website for you amongst the 101 listings in Family Tree Magazines annual best websites for genealogy article. You can find Family Tree Magazine in hard copy at Sam Merrifield Library (latest copy can be read in the library, older copies are available to borrow). Or you can browse and/or download an electronic copy on Libby (where you'll find lots of other great books and magazines from around the world to read for free with your library card too). If you don't already have Libby it is an app which you can download and use for free. Find Libby at your preferred app store, and link your account to your Moonee Valley Libraries card by following the prompts after downloading. Happy reading and researching!
Read more

Craigallan – One of the grand mansions in Moonee Valley 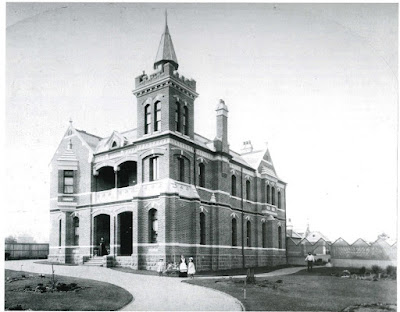 Craigallan was built in 1891-1892. Designed by William Cleverdon it had a Gothic Revival style with an observation tower and a smaller tower, the latter for decorative purposes. The ground floor had an entrance hall, drawing room, dining room, breakfast room, small servant room and a main staircase which led up to the upper floor with its five bedrooms and one bathroom. William Rodgerson met Ann Bruce c 1850 when they were both servants in an Edinburgh household. They decided to go to Australia and made the long journey over on the ship Elizabeth. They arrived in Melbourne 1853, the same year as the registration of their marriage in Victoria. They had five children: Mary Ann, William Archibald, Mary Jane, David Bruce and Annie Isabella. William Rodgerson started working as a cartage contractor and was established as such in 1859. In 1891 he bought the piece of land in Moonee Ponds on which he had Craigallan built. Craigallan built c1891-92 formerly at 75 Park St, Moonee Ponds. P
Read more 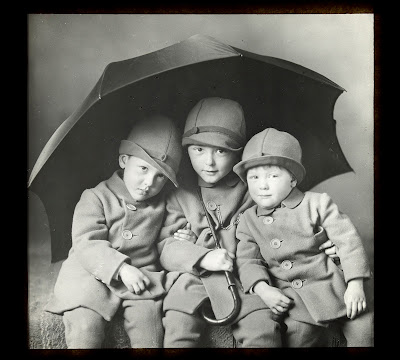 Ruth Hollick grew up in Moonee Ponds as the youngest of 13 children. Her parents, both English-born, were Harry Ebenezer Hollick, civil servant and his wife Frances Jane, née Cole. Without any formal training Hollick started taking portraits in her family home where she had set up a dark room. This was in her early twenties and by then she had already completed studies at the National Gallery school of design 1902-1906. In 1908 Hollick had bought a French car and travelled around the Riverina and Western District of Victoria, doing freelance photographer work. Most of this work was done in outdoor settings, with families and children casually staged. Trio of identically dressed children seated under one rain umbrella Author / Creator Hollick, Ruth 1883-1977 photographer. Date ca. 1910-ca. 1930. State Library Victoria Hollick later returned to Moonee Ponds and continued working from her family home until 1918, when she moved into a studio on Collins Street that she purc
Read more 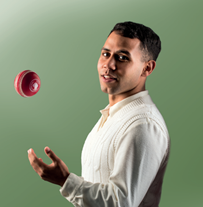 The Clocktower Centre is back with their first Theatre Season Show for the Season - and it sounds like a great one for history fans: Black Cockatoo is coming to the Clocktower Centre on Thursday, 17 March at 8pm. Inspired by the true story of legendary First Nations cricketer Johnny Mullagh and Australia’s first ever international sporting team, this is not just about cricket. This is a story of strength, resistance, hope and possibility. To find out more, visit clocktowercentre.com.au/black-cockatoo/ or call the box office on 9243 9191. Tickets are on sale now for both shows and selling like hotcakes so get in quick!
Read more 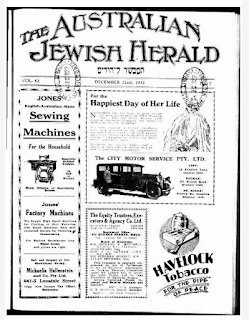 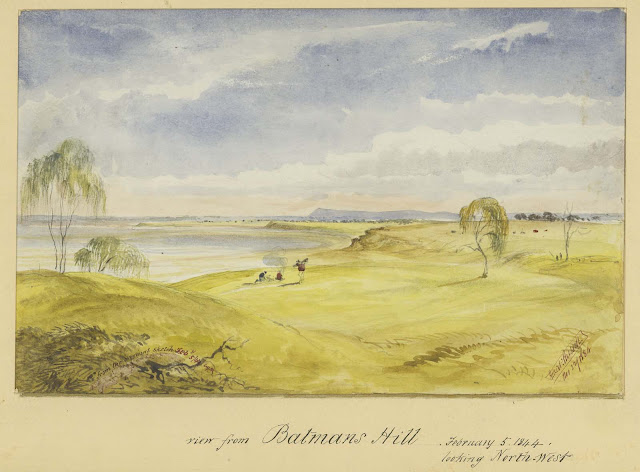 Did you know that West Melbourne once had an enormous picturesque lagoon? Now the spot is an industrial hub of the freight terminal and a tangle of road and rail links. But once a great lagoon stretched out to the west of the city, from near where North Melbourne now stands, out to South Kensington and across towards much of West Melbourne, towards Footscray. The lagoon in 1844. View from Batman's Hill February 5 1844 looking North West Robert Russell, 1884.  Courtesy of the State Library Victoria Collection.  H24487. See the lagoon behind the city? View from the top of the Scots Church steeple, Collins Street, 1875, Photographic studio of Paterson Bros, 1875. Courtesy of the State Library Victoria Collection. H96.160/2713 Local public historian Lenore Frost curated an exhibition for the Royal Historical Society of Victoria about this fascinating but sadly now vanished waterhole. Sadly the pandemic limited access to the physical exhibition, but the RHSV have now made the exhibition
Read more 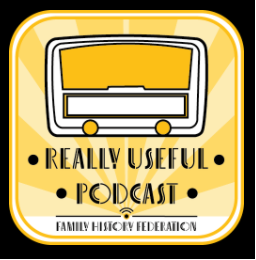 If you're interested in learning more about family history you might like to try the UK's Family History Federation's new podcast, The Really Useful Podcast .  So far they've discussed occupations and young people.
Read more
More posts